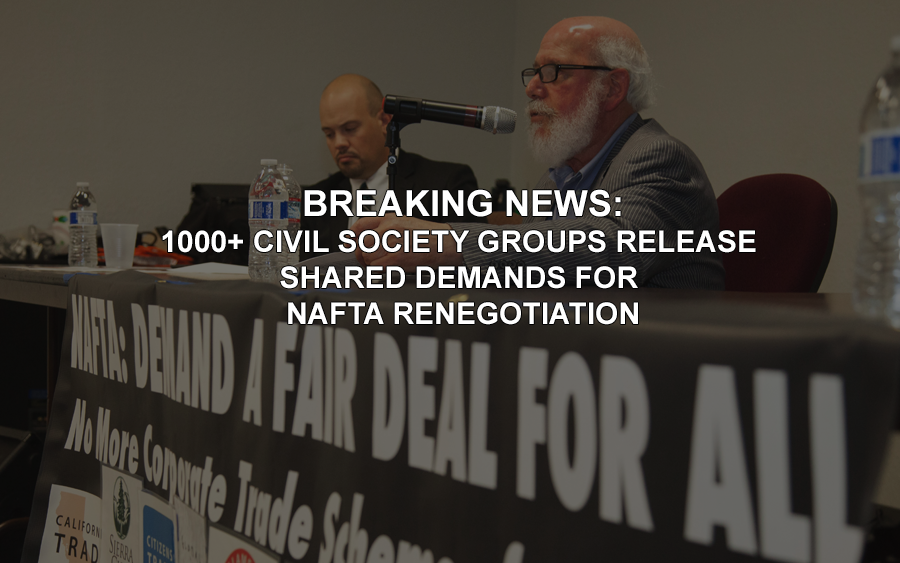 Civil society groups outlined their demands for NAFTA renegotiation on March 21st, through a letter delivered by the Citizens Trade Campaign (an affiliate of the California Trade Justice Coalition) to U.S. Trade Representative Robert Lighthizer during his testimony on trade policy at a Ways & Means committee hearing.

Pointing the loss of more than 930,000 American jobs certified as lost to NAFTA and falling Mexican wages, the letter outlines what is needed to replace the pact with a new agreement that would address the huge disparity in labor rights, wages and environmental standards between the three countries for the benefit of working families, the environment and public health continent-wide.

California played an important part in this letter, with signatures from a diverse array of organizations from within the labor, environmental and human rights movements.

The letter urges Congress to demand that the NAFTA renegotiation:

A PDF of the letter, with the complete list of signing organizations, is online at: https://www.citizenstrade.org/ctc/wp-content/uploads/2018/03/NAFTAOrgSignOnLetter_032118.pdf