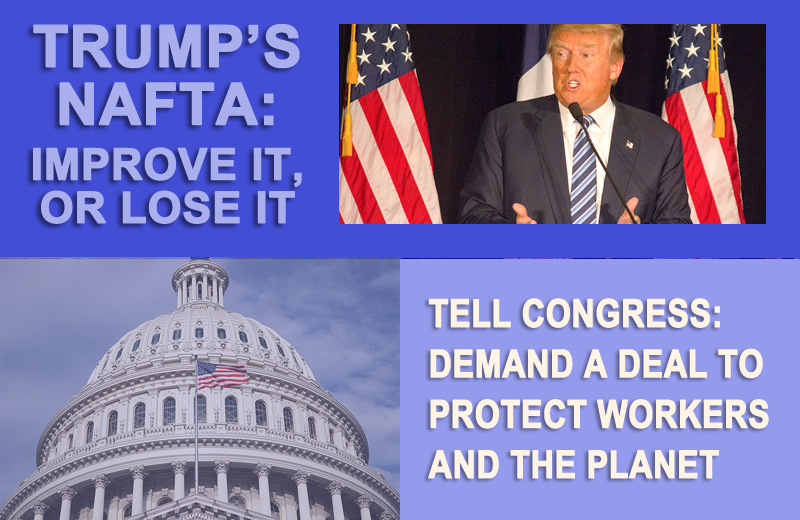 In recent months, our coalition partners and supporters have put the Trump Administration on notice: the current NAFTA deal is unacceptable as written, and must be improved in order to help working people, improve public health, and protect the planet.

Thanks to these efforts, we’ve secured commitments from a growing delegation of congressional leaders to oppose Trump’s NAFTA unless such improvements are made. At a recent public appearance, House Speaker Nancy Pelosi made it clear that Trump’s NAFTA needs to be fixed before a vote can happen in Congress.

Unfortunately, Trump has doubled-down on his corporate-friendly deal, and businesses that outsourced the most jobs under NAFTA are stepping up their lobbying efforts to steamroll it through Congress.

This summer will be a critical period in our fight to ensure congress either fixes or nixes this agreement. Read on for updates and opportunities to take action!

The California Trade Justice Coalition (CTJC) has productive meetings this year with congressional leaders to ensure their commitment to trade policies that put people and the planet first. 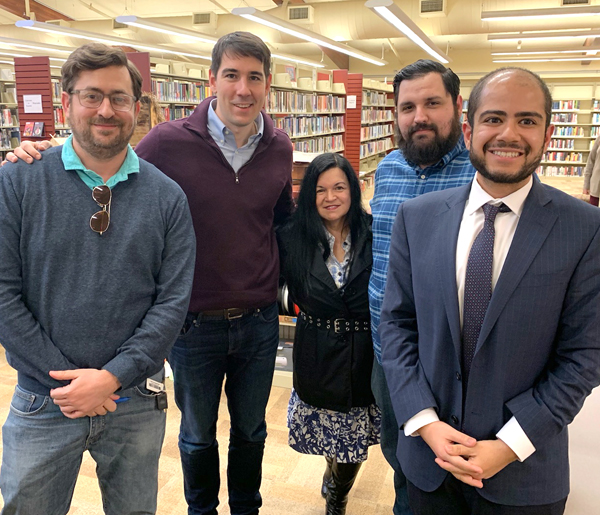 On February 20, the coalition had a productive meeting with Rep. Josh Harder (CA-10) to discuss the harmful provisions in Trump’s revised NAFTA and the impact that corporate-driven trade deals have had on working people. 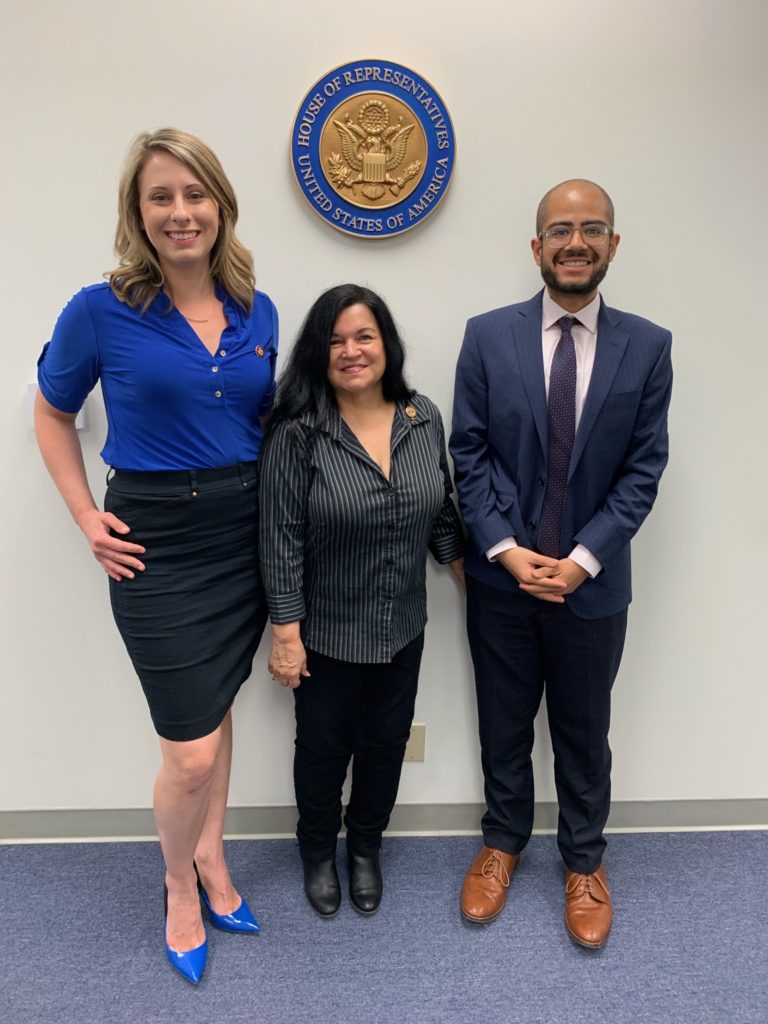 On April 10, CTJC and the San Francisco Living Wage Coalition met with Speaker Pelosi’s office to express growing public concerns about Trump’s flawed NAFTA proposal. Among other issues, Speaker Pelosi’s team reiterated the her shared concern that the deal as written could undermine congressional efforts to prevent skyrocketing prescription drug costs. In the months to come, CTJC will be ramping up our congressional outreach efforts throughout the state, securing their support for an improved NAFTA that truly protects working people, ensures access to affordable medicines, and helps restore our shared natural environment.

In coordination with United Steelworkers District 12, CTJC met with Rep. Katie Hill on April 15 to discuss the dangers of Trump’s NAFTA proposal. The discussion centered on workers’ rights, the environment and access to affordable medicines. Thank you Representative Katie Hill for supporting a NAFTA replacement that truly works for all!