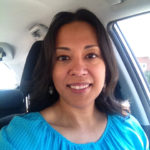 Xiomara Castro is a freelance graphic designer and “socialpreneur” who has co-founded various organizations in the San Francisco Bay Area including Art in Action Youth Leadership Program, Urban Peace Movement, and Pochino Press. Currently she is the Managing Editor and Lead Designer for Pochino Press, a publishing company that offers a multi-media stage for change makers and culture creators.  From 2014 to 2016, Xiomara worked for the Citizens Trade Campaign to successfully stop the TPP, organizing in Northern California alongside labor, climate, and community advocates.  She has extensive experience working at the intersections of art, culture, community, and youth leadership. She got her start as a labor organizer and immigrant rights advocate with farmworkers in the Northwest and California. Xiomara led the California Human Rights Campaign at Global Exchange and continues to speak out about the impact of corporate-led globalization on people and the planet. She also worked on violence prevention programs at the Ella Baker Center for Human Rights in Oakland, CA. 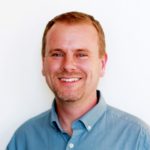 Aaron Lehmer co-founded the California Trade Justice Coalition in 2016, and now serves as its Senior Advisor. He co-owns House Kombucha, a family-run, local fermented tea brewery. He also co-founded an environmental justice nonprofit called Rooted in Resilience (formerly Bay Localize), which works to build equitable, resilient communities in the SF Bay Area. He also serves on the Board of Directors of the Teagarden Business Association and Earth Island Institute’s Program Committee. Aaron earned an M.A. in Globalization and the Environment from Humboldt State University and a triple B.A. in Anthropology, Philosophy, and Environmental Studies from Iowa State University. He has also worked for Van Jones’ Ella Baker Center for Human Rights/Green-Collar Jobs Campaign, Julia Butterfly Hill’s Circle of Life Foundation, David Brower’s Earth Island Institute, Grassroots Globalization Network, ReThink Paper, the Oakland Food Policy Council, and with the Student Environmental Action Coalition. His commentaries have been featured on AlterNet and NPR, in the Earth Island Journal, Sacramento News & Review, Oakland Tribune, Permaculture Activist, Resilience.org, and the S.F. Bay Guardian. He lives in Oakland with his partner Rana and their two children. 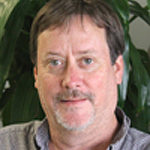 Douglas Norlen serves as Economic Policy Program Director at Friends of the Earth. For 18 years, Norlen has conducted successful advocacy to achieve environmental, developmental and accountability policy reform of multilateral trade and finance institutions, export credit agencies and private banks. His work has been instrumental in successful efforts to achieve improvements in U.S. bilateral financing policies, beginning with reforms at the Overseas Private Investment Corporation announced in 1997 by President Clinton. More recently, his efforts have helped establish and implement climate change and accountability reforms at OPIC and the U.S. Export-Import Bank. Norlen is also a leader in international NGO coalition efforts to reform export credit agencies. His work has helped lead these agencies to adopt environmental and social policies that, since 2002, have been applied to over $130 billion in financing for environmentally risky projects worldwide. Norlen has also worked extensively with local communities to address environmental and developmental impacts of extractive and energy projects funded by public and private finance institutions. Norlen received a master’s degree in International Studies from the University of Oregon. 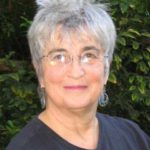 Nancy Price has been associated with the Alliance for Democracy (AfD) since the founding convention in 1996 and serves as Co-Chair and Western Coordinator of the Defending Water for Life Campaign. Since Seattle in 1999, AfD has worked to end global corporate rule by free trade agreement. She currently manages AfD’s current TPP-Free Zone campaign, and helped launch AfD’s Tapestry of the Commons Project. She writes for Justice Rising: Grassroots Solutions to Corporate Rule, AfD’s magazine, and the Women’s International League for Peace and Freedom‘s (WILPF) Peace & Freedom magazine. She is a member of WILPF’s Earth Democracy Campaign Leadership Team focused on Climate Justice+Women+Peace and the Human Right to Health & Safe Food. She was a founding member of Move To Amend and is a board member of the National Election Integrity Coalition and the Liberty Tree Foundation. As a graduate student in Chinese art history and Ancient Near Eastern archaeology, she studied the production and political function of artifacts and the rise of early states and empires. Since 1973, Nancy has lived in Davis, CA where she and local activists have labored to create a livable, sustainable community. 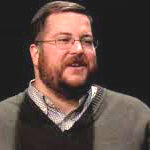 Arthur Stamoulis serves as Executive Director of the Citizens Trade Campaign (CTC), a national coalition of labor, environmental, family farm, consumer and human rights organizations working together for trade policies that promote a just and sustainable global economy. The CTC was the first to publish leaked text of several of the Trans-Pacific Partnership (TPP) chapters, and organized protests and other civil society responses at each of the TPP negotiating rounds that took place in the United States. He is currently coordinating national campaigns around the TPP and the potential for a post-election “lame duck” vote on the controversial trade pact. Prior to joining Citizens Trade Campaign, Arthur directed the Oregon Fair Trade Campaign. He has also served as director of government affairs for Clean Air Council, an editor at Common Courage Press, and economics editor for Clamor Magazine. 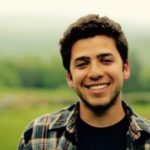 Anthony Torres is the Associate Campaign Representative with the Sierra Club’s Responsible Trade Office. He is a systems-level thinker, political ecologist, and climate activist whose work focuses on the creation of new collective stories to challenge dominant narratives of extraction, exploitation, and extinction. For the past several years, he’s been involved with projects aimed at creating new intersectional discourses between social, political, and environmental issues and leading direct political action against fossil fuels in the United States, in North India, and in the Ecuadorian Amazon. He believes that transformational movement-building will be the most important task for climate justice warriors and is dedicated to collaboration with frontline communities and like-minded organizations on building the vision for a more just, equitable, and sustainable future.