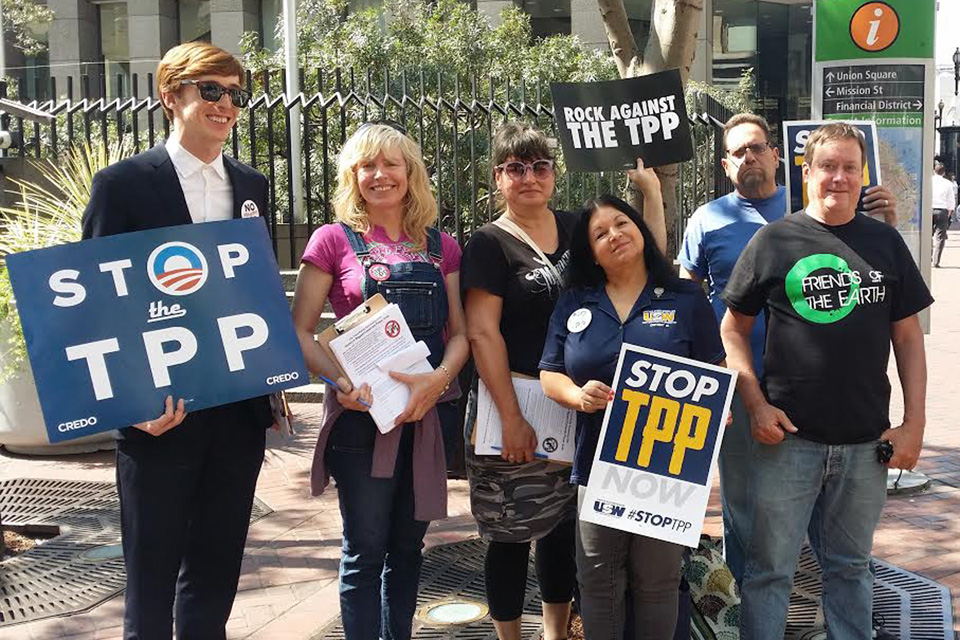 On September 19, the Citizens Trade Campaign joined our allies from the United Steelworkers, Friends of the Earth, and local activists in delivering hundreds of signed postcards and letters to Sen. Feinstein’s office, urging her to stand against the TPP.
Many of the workers who signed and filled out these letters and postcards have been directly impacted by trade deals like the TPP, which have historically put corporate interests before American jobs. Senator Feinstein voted in 2015 to “fast track” the TPP, denying elected officials the opportunity to review and change the TPP as it currently stands.
Though she said she will not support something that harms Californians, Feinstein has been silent on the TPP and has refused to address the concerns of Californians throughout this process. In the minutes prior to the delivery, activists managed to secure dozens of additional signatures from passersby, demonstrating the fact that Californians are concerned about the TPP.
We also spoke with Sen. Barbara Boxer’s staffers, who reiterated her opposition to the TPP. Boxer has been an outspoken critic of the TPP since last year’s Fast Track vote, blasting the overly secretive process by which the agreement has been negotiated.
CTJC, Feinstein, stop tpp, tpp
Share Post: