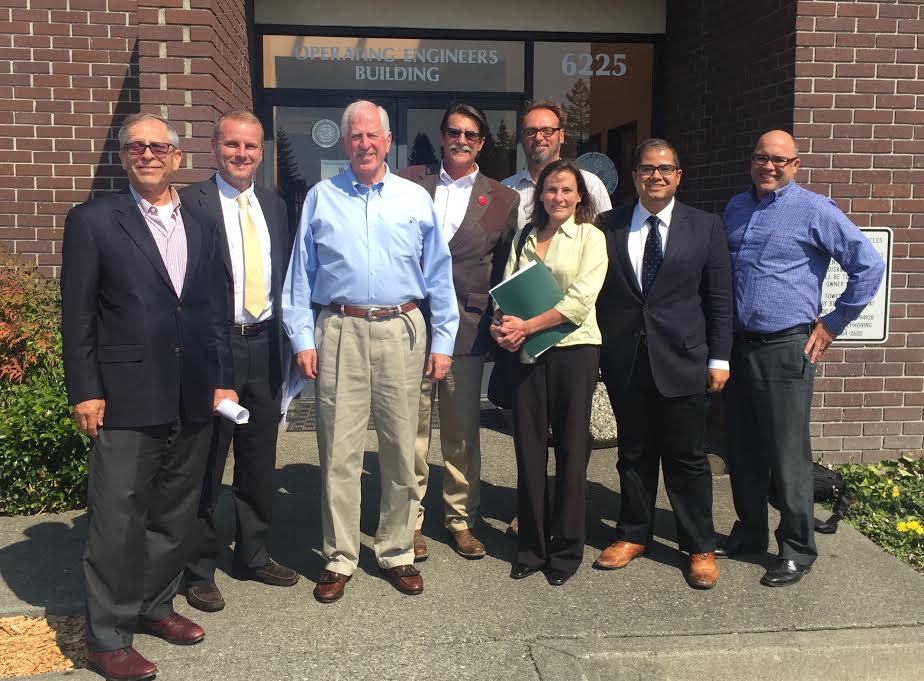 North Bay labor and environmental leaders praised Rep. Mike Thompson today for announcing his opposition to the Trans-Pacific Partnership (TPP) in a letter to constituents, solidifying the near-consensus within the Democratic Party that the back-room trade deal should be rejected by the U.S. Congress.

Rep. Thompson provided local advocates with a letter against the TPP that read: “I have carefully reviewed the released TPP language with a sharp eye and concern for safety, labor, and environmental protections … Based on this stringent review, I do not believe the TPP, as currently drafted, meets the standard for a good trade deal. Although the agreement may be improved on, I cannot support the TPP at this time.”

He reiterated his opposition to the TPP over the Labor Day weekend while speaking at the Central Labor Council’s Labor Breakfast, where he said: “The TPP that’s before us now is not good trade policy. The TPP doesn’t protect American jobs, it doesn’t protect workers in foreign countries, it doesn’t protect our environment, and it’s just terrible on the issue of currency manipulation.”

Local labor leaders expressed optimism that Thompson’s opposition represents a turning point in their efforts to stop the TPP. “Congressman Thompson’s opposition to the Trans Pacific Partnership (TPP) is great news for America. We believe in fair trade that supports a strong middle class not the deeply flawed TPP that would break the backs of American workers,” said Jack Buckhorn, Executive Director of the North Bay Central Labor Council.

“Labor was happy to have Congressman Thompson’s back as he studied this very complicated issue,” said Jon Riley, Executive Director of the Napa/Solano Central Labor Council. “Our members have come to admire and respect the Congressman’s thorough vetting of all issues affecting working men and women, and stand ready to support him just as he has supported us throughout his decades of public service.”

Rep. Thompson’s announcement falls on the heels of House Democratic Leader Nancy Pelosi’s recent rejection of the TPP, adding to the growing chorus of opposition to the controversial trade pact, including the vast majority of Democratic Party members, both major presidential candidates, and a broad national coalition of labor, environmental, public health, family farm, social justice, and consumer protection advocates.

Environmentalists also expressed appreciation for Thompson’s stand. “The Sierra Club thanks Congressman Thompson for hearing our concern that the Trans Pacific Partnership (TPP) would enable polluting fossil fuel corporations to undermine national laws that protect our health, safety, and planet,” said Victoria Brandon, Chair of the Redwood Chapter of the Sierra Club. “We applaud Congressman Thompson for standing up for our communities and the environment in opposing the proposed TPP.”

“With Rep. Thompson, Leader Pelosi, presidential candidates Clinton and Trump, Senator Reid, the vast majority of Congressional Democrats, and a broad base of Americans now calling for the TPP to be stopped, it would be wildly inappropriate for this binding pact to be considered during the ‘lame duck’ period of Congress after the November election,” said Aaron Lehmer-Chang, California Director of the Citizens Trade Campaign.