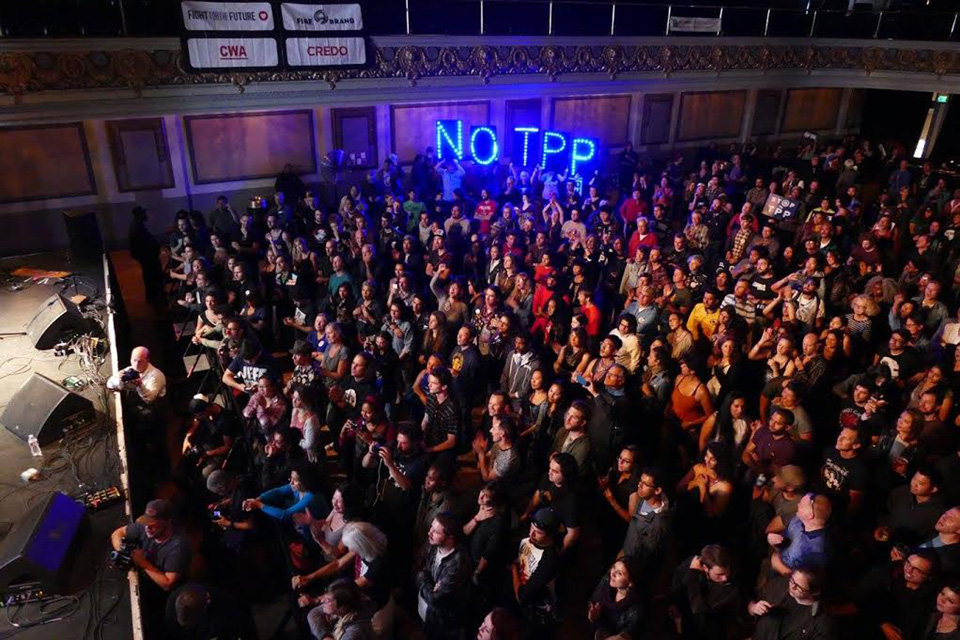 As the White House readies a final desperate push for the unpopular Trans-Pacific Partnership (TPP) agreement, large crowds turned out for the “Rock Against the TPP” tour stop in San Francisco on September 9th as part of a nationwide tour of large-scale concerts, teach-ins, and protests featuring high profile musicians and celebrities.

In his address to the crowd, Lead Organizer Will Wiltschko noted that “people here tonight are making history by continuing to push against trade deals designed to put corporate profits before human rights and human dignity.” 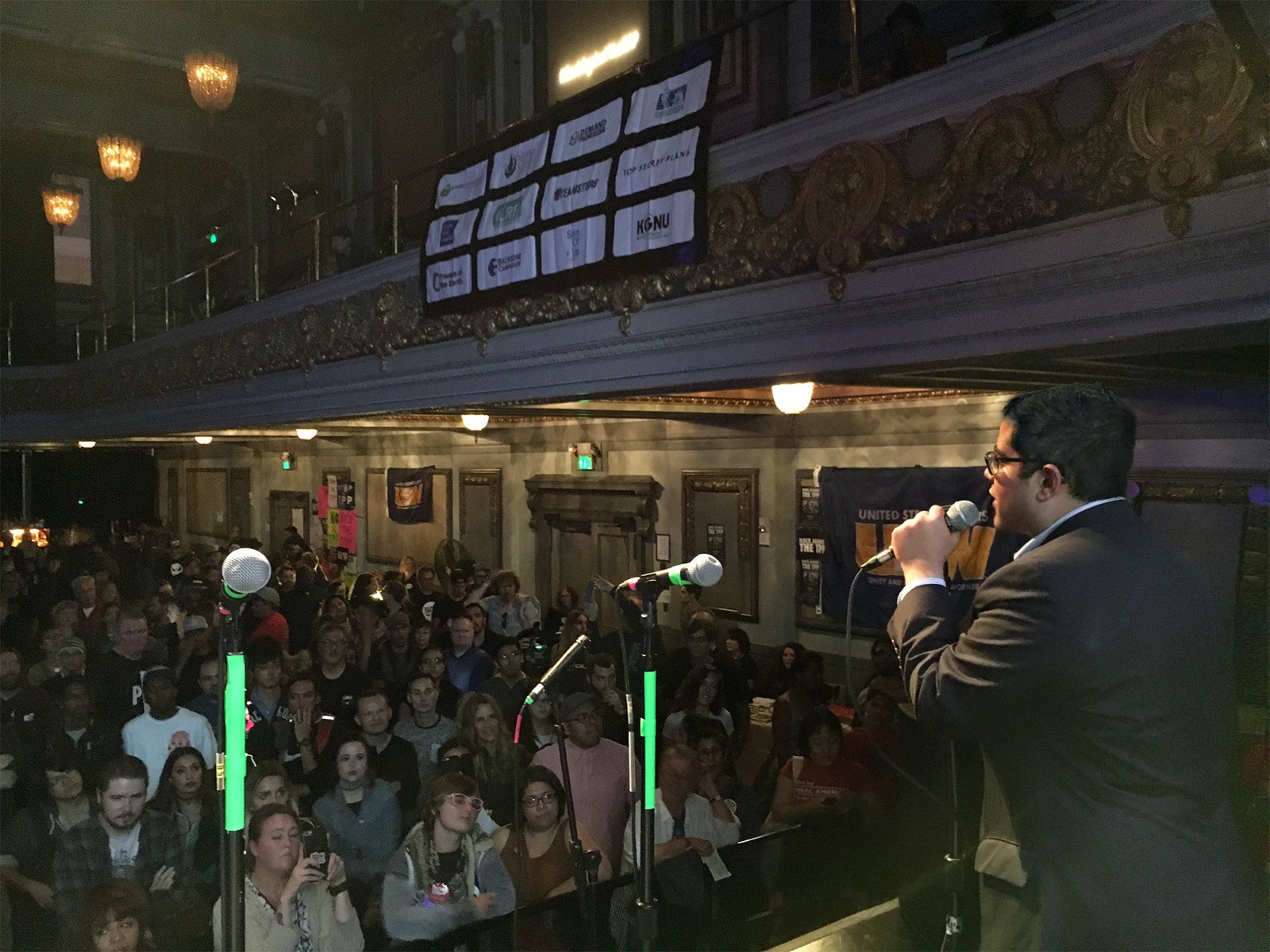