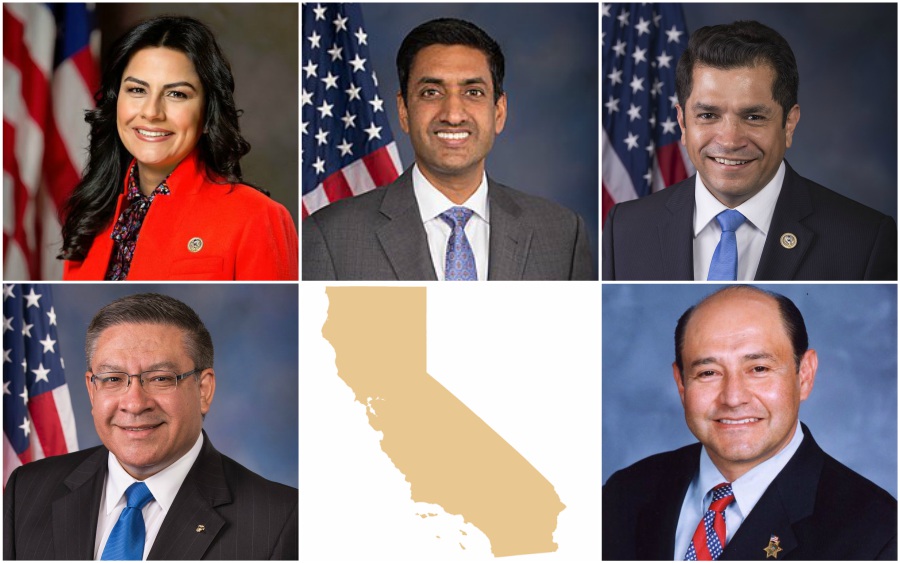 CALIFORNIA — As the fifth round of negotiations over the North American Free Trade Agreement (NAFTA) concludes with countless unresolved issues pertaining to jobs, wages and the environment, five out of the six California freshmen Members of Congress have signed a letter calling on U.S. negotiators to meet basic criteria crucial to winning Democratic support for a new agreement.

“NAFTA dealt a devastating blow to working people in this country,” said Art Pulaski, Executive Secretary-Treasurer of the California Labor Federation. “The labor movement is fighting to ensure that all trade deals put good-paying jobs before the interests of multinational corporations. It is good to see freshmen Members of Congress in California siding with working people and their unions to push for a renegotiated NAFTA that puts protections for workers at the forefront. We can’t afford another flawed agreement that sets corporate interests ahead of people.”

Notably, NAFTA introduced the Investor-Dispute Settlement System (ISDS), which made it easier for multinational corporations to attack laws and regulations designed to protect the environment.

“NAFTA caused considerable harm to the environment, making it easier for corporations to attack laws and regulations designed to protect the environment. This letter accentuates the fact that the Trump Administration has not taken the corporate assault on our environment seriously and continues to ignore what’s going on with our planet.” said Igor Tregub, Chair of the Sierra Club San Francisco Bay Chapter.

CA Representatives Correa, Barragan, Gomez, Khanna and Carbajal have all signed the letter, which calls for negotiators to deliver a new agreement that helps “create good jobs, raise wages and safeguard environmental and health protections” by eliminating ISDS, adding strong and enforceable labor and environmental standards, eliminating Buy American and Buy Local government purchasing waivers, requiring imported goods and services to meet U.S. standards, and protecting access to medicines. NAFTA negotiators have not prioritized public health, opting to add provisions which would lock in long-term monopolies and protections for the pharmaceutical industry.

Malinda Markowitz, Co-President, California Nurses Association said “The Trump Administration continues its assault on public health as it puts profits before human lives with their NAFTA renegotiations. It is good to see freshmen Members of Congress making a commitment to public health by way of guaranteed healthcare for all and pushing for a vision that promotes broader access to medicine by way of meaningful standards designed to lower runaway drug prices in the U.S. and preventing their spread to other countries.”

Absent from the letter was Congressman Jimmy Panetta, who represents the 20th Congressional District in California. California has lost over 406,793 jobs in the period since NAFTA was enacted, with Representative Panetta’s district losing a significant portion of those jobs in the the agricultural industry to outsourcing. Outsourcing was a hot topic during the 2016 Presidential election, with then-candidate Trump promising to bring jobs back to the United States.

“The President should not back out of the promises he made to American working families.  If he fails to support these much needed NAFTA reforms, he is turning his back on the very people he committed to help. The President’s current plan for renegotiation won’t keep more American jobs from disappearing, nor raise wages or bring back family sustainable U.S. manufacturing jobs. The only path forward on behalf of American workers is to build a new NAFTA that strengthens and supports both our environment and our working communities.” said Catherine Houston, Policy and Legislative Coordinator & California Political Director, United Steelworkers District 12.

President Trump has repeatedly threatened to withdraw the United States from NAFTA if talks continue to falter. The next round of negotiations will happen in mid-December.

“If the Trump Administration fails to replace NAFTA with a better deal, working people throughout the United States and beyond will be forced into exploitable low-wage positions. By signing this letter, freshmen Democrats are standing together to hold the administration accountable for pushing a trade deal that puts the livelihoods of working people and the environment before corporate profits.” said Will Wiltschko, Director of the California Trade Justice Coalition.

The full letter can be read online at: