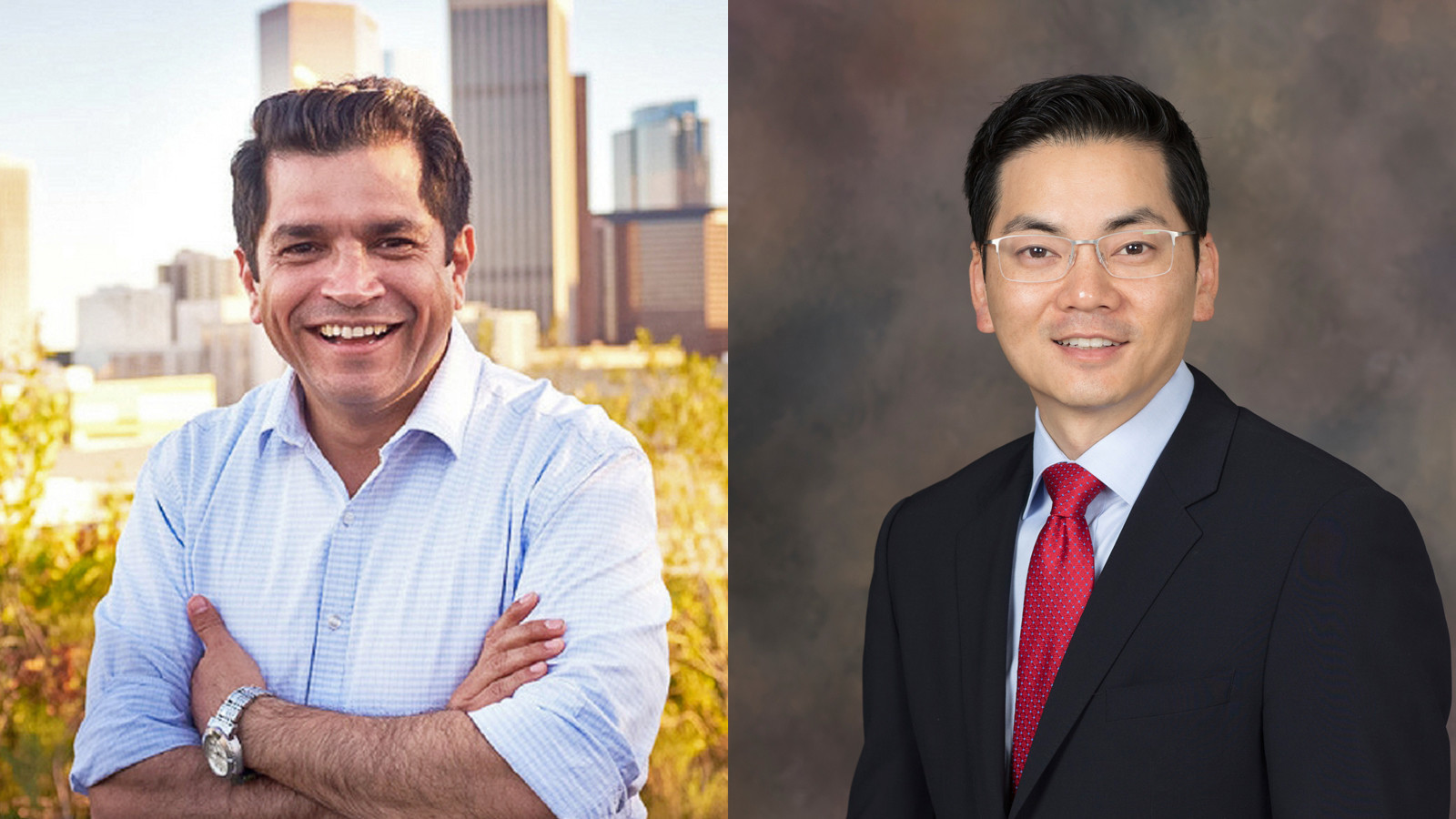 On June 6, voters in Los Angeles will head to the polls to determine the next person to represent California’s 34th District in the federal House of Representatives. Free trade agreements, and the environmental, economic, and migrant justice issues intertwined with them, are an important issue to many voters in the area, so the California Trade Justice Coalition asked the two candidates in the CA-34 race their positions on NAFTA and other free trade agreements. You can find their responses below.

The North American Free Trade Agreement (NAFTA) has been in effect for over twenty years. How would you describe the overall effects of NAFTA on U.S. workers and the U.S. economy?

Robert Lee Ahn: I have been critical of NAFTA given its shortfalls in its protections for workers and the environment. It is vital that we ensure that labor and environmental standards are enforced. For example, NAFTA has squeezed out many local farmers in the United States and Mexico. We must revisit opening a dialogue to renegotiate the terms of the agreement.

Do you support or oppose replacing NAFTA with an agreement that removes the ban on Buy American/Buy Local procurement, requires that food imports meet U.S. safety rules, eliminates rules that drive up the costs of medicines, and only permits commercial benefits to go into effect if countries enact and enforce strong labor, wage and environmental standards first?

Jimmy Gomez: Support. Per my previous comments. NAFTA was supposed to raise labor standards, not lower ours or create a race to the bottom. This must be changed.

Do you support or oppose the United States withdrawing from negotiations on the Transatlantic Trade and Investment Partnership (TTIP), the Trade in Services Agreement (TiSA) and the U.S.-China Bilateral Investment Treaty?

Jimmy Gomez: Support. I oppose TTIP and TiSA for the same reasons that I opposed TPP – the agreements undermine labor, U.S. manufacturing and environmental regulations.

Robert Lee Ahn: The United States has an economic and security interest in agreements like TTIP. Since the collapse of communism and the growing influence of China, it is essential that we enter trade agreements that set standards on labor and the environment. However, with Great Britain pulling out of the EU and the threats of other nations following, we must be very cautious in the agreements we enter at this time. Trade is essential to our economy and the world economy. However, in any agreement, we must insist that our partners also join agreements to level the playing field. For example, the United States is subject to the WTO’s multilateral dispute settlement mechanisms, our trading partners should be as well.

Would you support or oppose future trade agreements if they included “Investor-State Dispute Settlement” (ISDS), a mechanism for allowing foreign corporations to challenge U.S. laws, regulations and court decisions in private tribunals that circumvent the U.S. judicial system and obtain taxpayer compensation for those that undermine investors’ profit expectations?

Jimmy Gomez: Oppose. I strongly support the AFL-CIO’s proposals for eliminating the ISDS mechanism to reduce the number of claims and create greater transparency.

Would you support or oppose future trade agreements, or the renegotiation of existing ones, if they extend drug firms’ monopoly rights — by effectively lengthening patent terms, data exclusivity terms, or the scope of patentability — thereby delaying and constricting access to affordable, generic medications?

Would you support or oppose attempts to re-establish “Fast Track” trade promotion authority when it expires?

Jimmy Gomez: Oppose. Trade Promotion Authority undermines the legitimate role of the Congress in providing consent on treaties. I oppose undermining the checks and balances that make our Constitutional system work.

Would you support or oppose strengthening Congress’ role in trade policy by replacing Fast Track with a new trade authority mechanism that includes congressionally-set readiness criteria to determine appropriate negotiating partners and the right of Congress to veto partners proposed by the executive branch as necessary; involvement of more congressional committees and a more public and transparent negotiating process; binding obligations regarding what must and must not be in future trade agreements; and the right for Congress to vote on  an agreement before it is signed?

Jimmy Gomez: Support. I like the criteria concept, although I worry about its effectiveness with a GOP Congress set on undermining environmental and labor protections wherever they can.

Would you support or oppose future trade agreements if they fail to explicitly allow for the United States, as well as states and municipalities, to adopt and maintain strong “Buy American,” “Buy Local” and “Buy Green” government procurement preferences?

Jimmy Gomez: Oppose. Yes, government contracting should be able to focus on domestic and environmentally sound sourcing without triggering trade agreement terms. Chapter 10 should be deleted.

Would you support or oppose a trade agreement that allows entry into the U.S. of imported food, toys and other products that do not meet U.S. safety standards?

Jimmy Gomez: Oppose. Trade agreements are supposed to raise the standards of other countries, not lower ours.

Would you support or oppose future trade policies or the renegotiation of existing policies if they fail to require that the agreement go into effect only upon each participating country adopting, maintaining, implementing — and enforcing — domestic laws that provide the labor rights and protections included in the International Labor Organization’s Core Conventions and policies that fulfill the Paris climate agreement and other core multilateral environmental agreements?

Jimmy Gomez: Oppose. As a former labor organizer, I support maintaining strong international standards supporting the right to organize and other labor rights and believe that our climate and other environmental commitments, which were also negotiated internationally should be a part of our trade commitments, not used to create conflict. To be clear, If ILO standards are not included as a prerequisite, I favor renegotiation to make sure it is added or we don’t move forward.

Robert Lee Ahn: Oppose; As the world’s leader, it is essential that the United States use its enormous leverage to ensure that labor and environmental standards are enforced and we maintain our ability to opt out of any agreement that fails to comply.

Would you support or oppose future trade agreements or the renegotiation of existing ones if they fail to include a broad “carve-out” that exempts non-discriminatory domestic policies from all of the deal’s rules, providing a strong deterrent and an early defense against any challenges against environmental, health, labor, consumer and other public interest policies?

Jimmy Gomez: Oppose. I support the AFL-CIO’s proposal to renegotiate NAFTA and other trade agreements and would oppose agreements that don’t include a carve out for non-discriminatory domestic policies.

Would you support future trade agreements, or the renegotiation of existing ones, if they gave oversight of US food imports to private entities instead of government inspectors?

Jimmy Gomez: To make this answer clear, I do not support privatization of food safety.

Do you support strengthening the U.S. Trade Adjustment Assistance (TAA) Program to provide greater financial support, increased training, and job placement services to Americans whose jobs have have been displaced by past and current trade agreements?