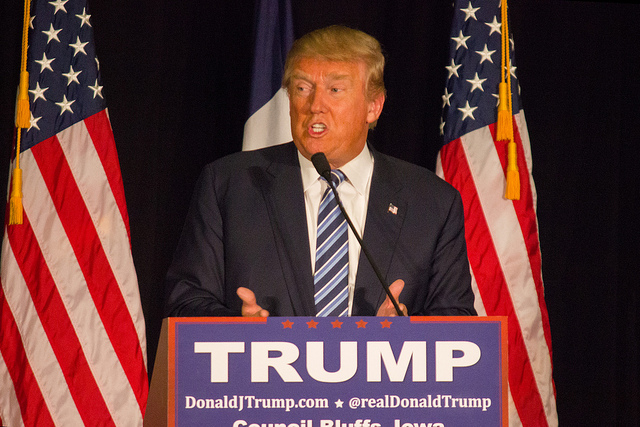 Oakland, CA — Now that President Trump has formally issued notice to Congress of his intent to renegotiate the North American Free Trade Agreement (NAFTA), the California Trade Justice Coalition is urging his administration to commit to an open, public process, remove job-killing special investor provisions, and include enforceable labor and environmental standards.

Today’s notification from the Trump administration does not offer any concrete plans for NAFTA renegotiation. However, in late March, a leaked outline of his NAFTA plans read like a wishlist from Wall Street — and even revived parts of the defunct Trans-Pacific Partnership (TPP) like expanded rights for pharmaceutical firms to block generic competition and keep drug prices high and more investor incentives to offshore jobs that working families depend on.

“The promise of NAFTA being a job creator was hollow,” said California Labor Federation Executive Secretary-Treasurer Art Pulaski. “Thousands of California workers watched helplessly as this flawed trade agreement led to the outsourcing of middle-class jobs. While renegotiating NAFTA is a start, the Trump Administration must fulfill its promise to working people to create an agreement that prioritizes good jobs over corporate greed. We’ll be watching closely to ensure that the voices of working people are heard throughout this process.”

During his campaign for president, Trump promised to make NAFTA “much better” for working people. And yet, it appears Trump also plans to keep the same closed-door process with its 500 corporate advisors during the negotiations, shutting out the voices of working people and public interest advocates. “So far, the administration’s trade policies have been mostly backroom affairs, putting corporations and special interests in the driver’s seat at the expense of the public interest,” said Nancy Price, Co-Chair, Alliance for Democracy. “To truly benefit working people and the environment, NAFTA talks must be open and transparent, with opportunities for democratic input by workers and communities who will be most affected by any new agreement.”

Although Trump is quick to point out that NAFTA has encouraged the offshoring of U.S. jobs to Mexico, he never mentions the principal reason: the vast difference in hourly wages, working conditions, and environmental protections between the two countries. “The Trump administration would do well to remember that NAFTA was opposed by Democrats because of its lack of labor and environmental standards,” writes Rep. Sandy Levin (D-Michigan) in The Hill. “There is no denying that the job loss caused by NAFTA is in large measure because of the huge wage differential between our two countries.” To close the gap, NAFTA must include strong, enforceable labor and environmental standards that raise Mexican wages above the average of $2.50/hour and prevent producers from dumping waste into the environment.

As written, NAFTA is packed with offshoring incentives and protections for the corporations that shaped it. Perhaps the most significant of these is the Investor-State Dispute Settlement (ISDS) system, where corporations can attack democratic policies in tribunals and demand unlimited sums from taxpayers for perceived lost profits. “Despite promises to stop unfair trade deals, Trump’s leaked plans keep in place NAFTA’s private courts, allowing global corporations to sue U.S. taxpayers over our democratic laws protecting food safety and the environment,” said Doug Norlen, Economic Policy Program Director of Friends of the Earth. “NAFTA renegotiations must eliminate this dangerous ISDS system and empower citizens to help raise environmental health and safety standards across North America.”

“The real test of whether NAFTA negotiations will benefit working Americans is if Trump makes it clear from day one that he will eliminate the trade pact’s special investor protections for corporations that make it easier to offshore California jobs and empower corporations to attack public interest laws in all three countries,” said Aaron Lehmer-Chang, Director of the California Trade Justice Coalition. “Otherwise, the president’s stated commitment to workers, consumers, and the environment will remain highly suspect throughout the talks.”

To provide broad benefits to North Americans, a new NAFTA will need to prioritize strategies that improve the lives of workers, consumers, farmers, trade-impacted communities, and the environment. The California Trade Justice Coalition’s national affiliate, the Citizens Trade Campaign, has released a set of policies on its website designed to uplift working families.

“NAFTA has been nightmarish for working people and communities on both sides of the U.S.-Mexico border. In the north it empowered corporations to offshore good-paying jobs. In Mexico it destroyed the livelihoods of millions of Mexican agricultural workers, leading to an unprecedented surge in migration to the United States. A new NAFTA must include enforceable labor and environmental standards, including the right of Mexican workers to organize their own unions to protect human dignity.”

“For years workers across North America have been fighting for a NAFTA that represents them rather than corporate interests.  We have a responsibility to all workers and their families to ensure that this administration is held accountable in renegotiating NAFTA in a transparent and open process which strengthens and improves labor standards, the environment and healthy communities.”

“It is hard to believe that this Administration will negotiate better protections for workers and the environment in a revised NAFTA when almost all of the officials involved have devoted their entire careers to the same corporate interests who led the charge for disastrous trade deals like NAFTA in the first place.”

On Ensuring Workers’ Voices in Negotiations:

“As NAFTA renegotiations commence, it is critical that working people have a voice in the process. Trump has demonstrated so far that CEOs and Wall Street billionaires are the only voices that have his ear on this issue.  This can only assure trade policies devoid of labor standards and environmental protections that will continue to widen income inequality and hasten the physical and societal degradation of our planet.”