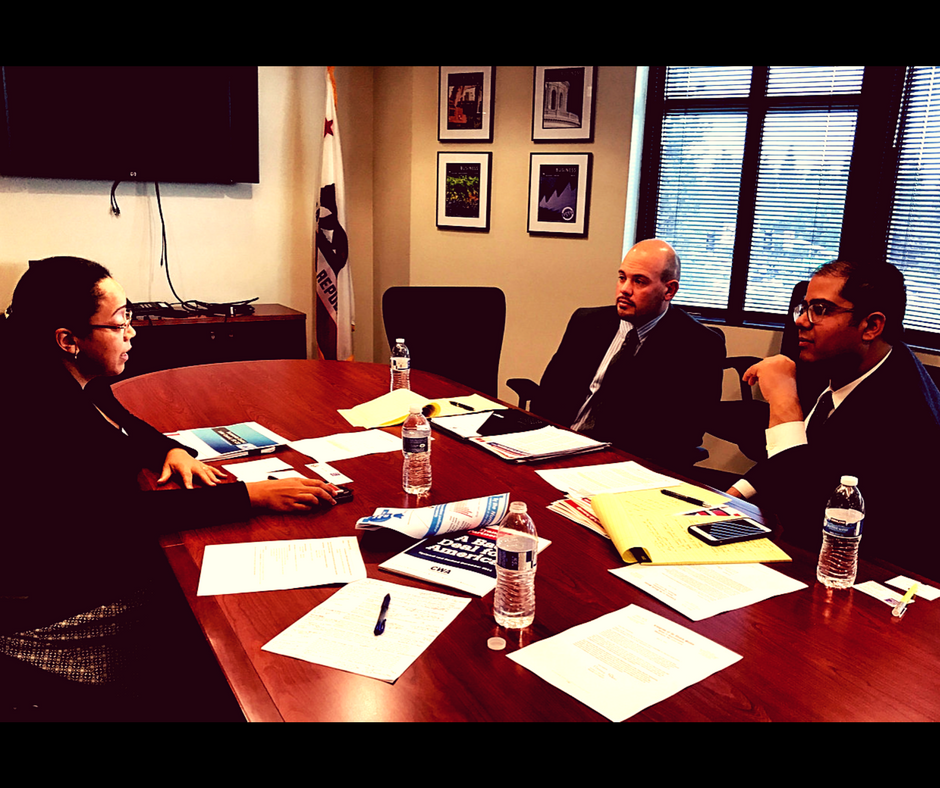 Lead organizer Will Wiltschko and coalition member Robert Longer from the CWA Local 9412 met with a representative of the European Commissioner for Trade to talk about their plans for the Transatlantic Trade and Investment Partnership (TTIP). We emphasized that the people would not support another trade deal that is unaccountable and nontransparent, and we demanded that workers and the public have access to any new information and negotiations about the #TTIP.

“After the defeat of the TPP, it should be apparent that transparency is a prerequisite for getting public buy-in for any trade agreement. I sincerely hope the European Union makes real transparency a priority.” – Will Wiltschko, Lead Organizer